From frigid waters of the arctic to the balmy tropics, Wade Hughes has dived in more than 25 countries.  Increasingly, over the past 15 years he has made the ocean his studio. As an underwater photographer, author, Fellow of the Royal Geographical Society, and Member of the Explorers Club, Wade showcases the underwater world through breathtaking imagery, often showing a side to wildlife rarely seen. He is an incredible advocate for our oceans, and his commitment to the concept of economically sustainable conservation that will endure for generations aligns perfectly with ours here at For Blue.

Following his 30-year corporate career that took him to more than 30 countries, Wade retired and decided to devote his time to conservation photography and writing. Alongside his wife Robyn, he now works across our oceans to document and stimulate conversations about economically sustainable marine conservation. Most recently, Wade and Robyn produced a photographic exhibition and released a book called “Looking for Whales”, which achieved critical acclaim across Australian and International media.  Wade and Robyn’s fine art images hang in private collections in Australia, Europe, Indonesia, and  the U.S.

Wade ultimately aims to appeal to  people's curiosity. When speaking about what drives him to pursue often strenuous fieldwork, Wade says: “Whether it’s whales in open ocean, or exquisitely colourful and complex life on coral reefs, it’s unlikely to be conserved in the long term unless people can see and appreciate, first-hand, the economic or indirect value that it delivers to them.”

“Whether we live on the coast, or in the desert and never set eyes on the sea, we are all deriving benefits from the sea and the life within it. If we have done a good enough job with our images and texts, then we might just inspire some people to go looking for proof of those benefits themselves”.

Wade is an engaging speaker and shared his thoughts during For Blue’s World Oceans Day Summit earlier this month. Never fear if you missed it! Watch " Pathways to Ocean Health"now.

To purchase “Looking for Whales”: https://www.waof.org/store

To see more of his and Robyn’s photography: https://www.wadeandrobynhughes.com/ 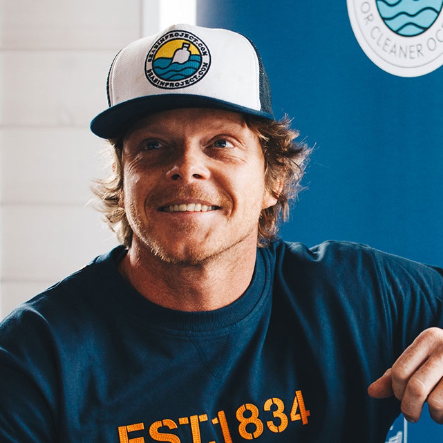